Here’s a very good explanation of what people with depression go through from someone who goes through it. For all my family and friends.

When you
hear a person say “I’m feeling depressed” or “I think I have depression” what’s
the first thing that comes into your mind?

First of
all, if you feel that you’re experiencing depression you better get
professional help to get a proper diagnosis. Do not be afraid to see a
psychiatrist to have yourself checked. Do not let the stigma of depression
stopped you from seeking help. For years I felt I was experiencing depression. I
am turning thirty-two years old this year and it took me more than 2 decades to
seek…

Note: I’m telling this story from a heterosexual viewpoint, because I am one, but I feel pretty certain it’s basically the same, regardless of your sexual preference.

This one is tough to write. It makes me uncomfortable, but I’m hoping it leads to a bigger conversation I think is worth having.

When you’re a guy, the pull of pornography is a strong one.

It starts even before puberty, the looking at “nasty pictures” of naked girls. It’s not about stimulation then, it’s about just being naughty. It’s in our teenage years that the motivation behind looking at them changes.

Those pictures, along with our now hormone-fueled brains, inform the way we look at every nubile female in our line of sight. What were once germ-infested, alien life forms suddenly become objects of overwhelming, insatiable lust.

And we tend to look at them that way for the rest of our lives.

And, I believe, is what has gotten us to where we are in our attitude about women, which has produced this whole culture of sexual assault.

Well, is it any stretch to think that if some guy watched enough of that, it would carry over into how he viewed women in real life? How he treated them? How he regarded them sexually? No doubt, he would feel justified in having any woman he damn well wanted.

Because, as far as he’s concerned, they all want it. Even the ones who say no.

And that’s what sexual assault is about. Not the actual sex. It’s about the feeling of power, of control.

And yet, women who are sexually assaulted are seldom believed, often grilled and, in one instance, mocked by the President of the United States, of all people. Society seems to have this twisted idea that the woman must have asked for it, in her manner, in her wardrobe, something. Why is it so hard to believe she could be telling the truth?

And what part has pornography played in shaping that view?

So, back to my original point:

As I said at the beginning, pornography has a strong attraction to guys, like the sirens of Greek mythology, whose seductive singing from the shoreline lured many a sailor to certain shipwreck on the rocks. There’s probably not a man alive – myself included – who hasn’t, at some point succumbed to its attraction. And no matter how much they tell themselves that it’s demeaning, and degrading, and disrespectful of the women in their lives, the sirens remain in their ears.

It sure does make resistance tougher, you know?

I apologize; I got a bit long-winded. But, as I said at the outset, I think this is something we need to talk about if we’re going to bring change to our culture that is more respectful of women.

And, I feel pretty safe in saying, unfortunately, that’s gonna be a slow process. So, we need to get started right away.

It’s one of those places now that, just by mentioning its name, evokes vivid, horrifying images for us all.

One year ago today, that school lived its worst nightmare.

An eighteen-year-old former student showed up on campus with a semiautomatic rifle and shot seventeen people to death; fourteen of them, students.

Most of us can’t possibly imagine what that experience was like; to helplessly watch the surreal scene of a gunman randomly killing people, killing your friends.

And you wait, paralyzed in utter shock and terror, for your turn.

And today, all the surviving students, teachers, families and members of the community who have lived with this horrific tragedy every day for the last year, will commemorate this anniversary by honoring the memory of those who were lost, and by renewing their commitment to putting an end to the senseless violence that forever changes the lives of all who are affected by it.

Which, incidentally, is all of us.

So then, let’s all honor the memory of those who died tragically a year ago. Let’s remind ourselves of how precious the people in our lives are, and how we need to let them know that every chance we get, because the time could come when we run out of chances.

I was listening to a man on the radio this morning recalling his experience that day. He was at a Starbucks just blocks away from the school when the shootings happened. He clearly remembers all the parents’ phones ringing at once. He remembers the horrified screams, the panic and chaos.

And he remembers one mother’s tearful regret over not telling her daughter goodbye that morning before she left for school.

And let’s also honor the memory of those who died by letting our lawmakers know very clearly that there is no longer any excuse for weak and inadequate gun control laws. This insanity has to stop, and they have the power to make it happen, if they can just stop kissing the arse of the National Rifle Association.

Let’s all speak out. The Stoneman students are; let’s support them. Let’s join them.

Today, we are all Marjory Stoneman Douglas High School.

As I’ve said before on this blog, I believe that it’s time that we men do a serious reassessment of how we look at, and talk about, and treat women.

Apparently, judging by their recent ad that generated so much controversy, Gillette feels the same way. I salute them for putting the message out there, that men can be better than they are in several ways, including their behavior towards women. I hope more companies follow suit.

Guys, you know we’ve always excused our treatment of women with a shrug, a smile and a Whaddya expect? We’re guys!

Well, if you’ve been paying attention the last couple of years, you’ve surely noticed that women are up to here with that. They’ve made it very clear the way it’s always been will no longer be tolerated. And they are taking a stand for the respect that is due them in both their professional and personal relationships.

So, I just want you to know, ladies: I’ve been listening, and I am trying to change my mindset, but it’s an almost 60-year-old mindset, and the process is slow.

Because, man, I see a lot of beautiful women where I work, and it’s easy to look at them just as bodies, and not as complete people, with actual lives. And not just at work either. At the mall, at the fast food restaurant, anywhere there are women, basically.

So, to help me, I’ve created this little acronym, WAP2, to remind me that Women Are People, Too. I haven’t fully absorbed this lesson yet, but maybe, at some point, I’ll get there. I’m about as far away from perfect as it gets, believe me, but I am trying to make some improvements here and there.

Like the Nobel laureate Bob Dylan once said, “The times, they are a-changin’.” For the better, in this case. Women are finding the courage to speak out against men’s disgraceful, demeaning treatment of them, and it’s been a long time coming.

Fellas, time for us to act like men, not boys. Men respect women. Remember, WAP2. 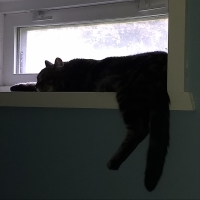