One of my favorite blogs to read is called Stuff That Needs to Be Said, by John Pavlovitz. Much of the stuff he says does, I agree, need to be said.

And sometimes, it just needs to be said to me.

Last night, I had a terrible time trying to get to sleep because, as I lay in bed, I became overcome with a feeling of utter hopelessness over the future of America, if not the world. (It started as hopelessness over me, and quickly grew from there. That’s how my mind works.)

I just was overwhelmed with the feeling of what’s the use? Why even try to do any good in the world? We’re standing in front of a rising tidal wave of evil.

So today, I found this post by John Pavlovitz I recalled reading last April, called, “Here’s Why You Can’t Lose Hope.”

Really. That’s the title. I thought it would be a good time to read it again.

You see? Stuff that needed to be said to me.  Stuff I needed to hear. And I’ll probably need to hear it several more times.

If you think that stuff needs to be said to you, too, read it here

On second thought, forget the probably. I know I’ll need to hear it more times. Hope fades quickly these days; the fight is long and continuous and unrelenting.

But, so many have fought before us, we can’t erase their legacy by surrendering.

No matter how much sleep I may lose over it. 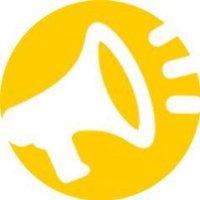